JITU® SROF is a slow release organic fertilizer specially formulated for oil palm and other plant seedlings to increase their vegetative growth. It is fortified with complete and balanced macro- and micronutrients. Complete nutrients composition in JITU® SROF would help to facilitate better plant growth and plant health, beside reduce culling rate at the main nursery.

AJIB® CRF (Controlled Release Fertilizer) is a specially formulated fertilizer with complete and balanced macro- and micronutrients for oil palm and tropical fruit cultivation. This patented fertilizer is developed through Polimer Coated Agglomeration Technology (PCAT) (Patent No: MY-150605-A). The technology helps enhance the absorption of plant nutrient by crops. Besides, its application would reduce nutrient losses through runoff and leaching resulting from heavy rainfall under tropical environment.

Nutrients in AJIB® CRF, soluble in water, are available to the plant roots within 2 months (or with 375 mm of rainfall), which meet the physiological demands of oil palm so as to provide ample time to absorb nutrients more efficiently and effectively compared to the other NPK conventional fertilizers.

Due to better nutrients absorption efficiency, AJIB® CRF has been shown to increase fresh fruit bunches (FFB) yield up to 25% as compared to the conventional fertilizers based on the field research conducted by UPM in 2002-2008. 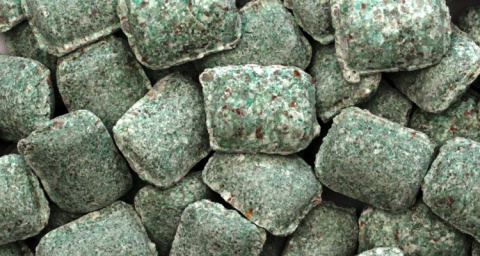 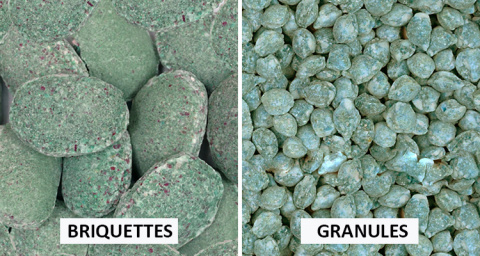 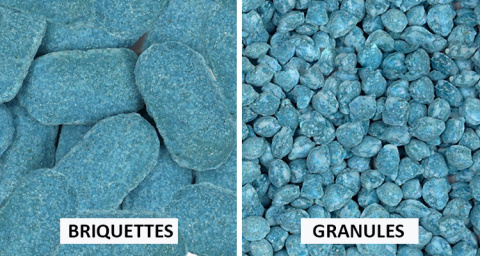 AJIB®CRF (Controlled Release Fertilizer) is specially formulated with complete and balanced macro and micronutrients for oil palm and tropical fruits. AJIB®CRF is the first fertilizer in Malaysia developed using Polimer Coated Agglomeration Technology (Patent No: MY150605-A), to enhance the absorption of nutrient by crops, reducing the fertilizer loss through runoff and leaching caused by heavy rainfall.